Dinner in the restaurant yesterday evening.

Was do did had. 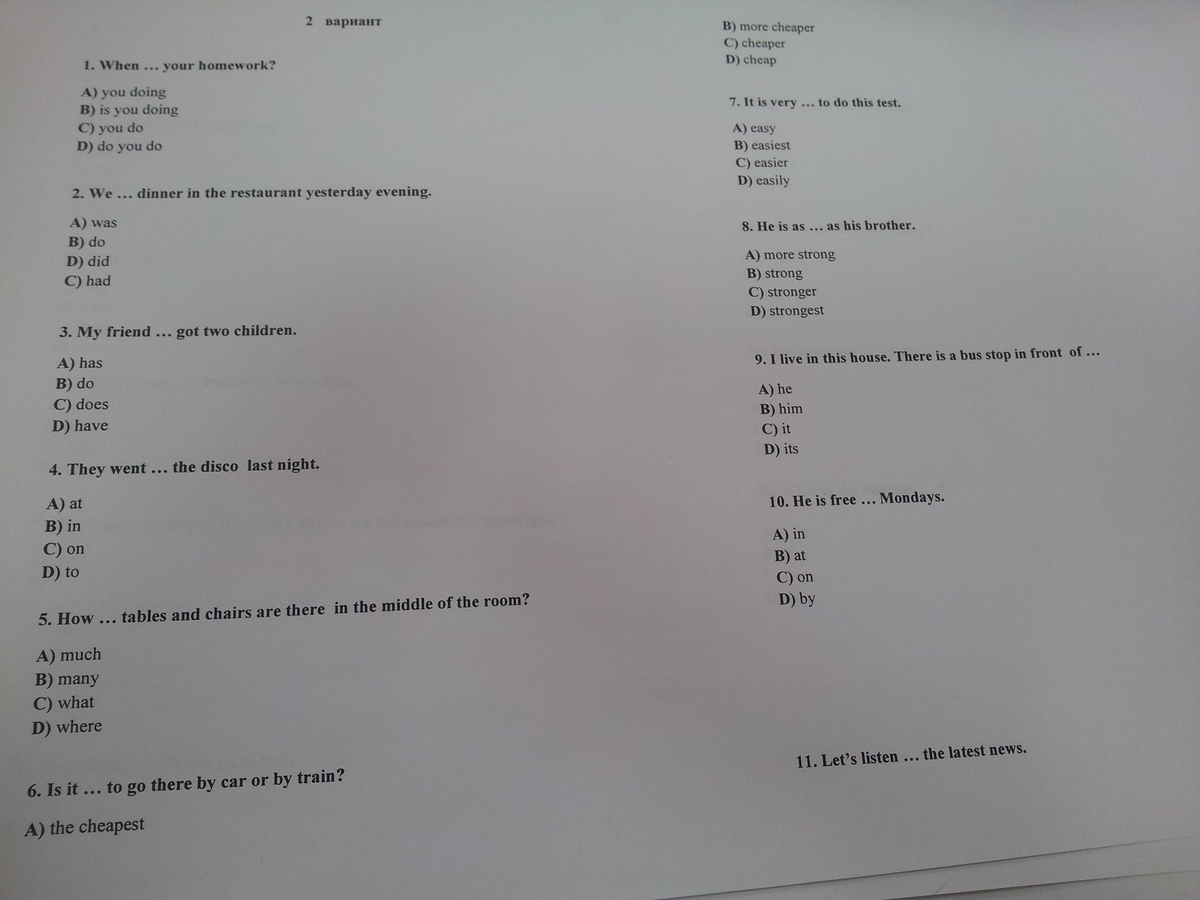 2. We had dinner in the restaurant yesterday evening.

If tomorrow is Tuesday, what day was before yesterday?

2. If yesterday was Monday, what day will be after tomorrow?

)) Was Tom at the ministry yesterday?

Were you at holiday last month?

Was the text difficult?

Were our engineers at the exhibition last week?

Were your parents at the theatre last night?

Was it interesting at the party?

Were you late for lessons yesterday?

Was I impolite yesterday?

It was a cool evening in September 1895?

It was a cool evening in September 1895.

Had have a hard day at work, and he was looking forward to getting home.

Rushed out of the office next door.

She …shook with fright because she .

Heard someone screaming in the cellar.

She was sure it was a ghost.

John doesn't believe in ghost so he went into the building to investigate.

It was very quiet.

But just as he was thinking that it was all the woman `s imagination, he heard screams.

What do you want?

The screaming didn't stop so he hurried towards the place where it came from.

He reached the door leading to the cellar, took a candle and went down the cellar stairs.

Suddenly, the door slammed behind him, making a piece of paper fall from a shelf above his head.

He examined the piece of paper carefully .

It was the death certificate of a fifteen - year - old girl called Alice Pick.

She died of starvation.

The next day, John told his neighbour about the evening`s extraordinary events.

It once belonged to a rich woman called Eva Tyndale who had shut Alice, her servant, in the cellar.

One of the other servants told the police, but by the time they discovered Alice, she was dead and Mrs Tyndale had disappeared По тексту выше ответить на следующие вопросы : 1)Why was the woman frightened?

2) Did John Markham believe in ghost?

3)What happened when the cellar door slammed?

Did the Cat come to the tree?

Did the Cat come to the tree?

She told me she was not surprised at the news as she knew about it.

2. He said he had had an accident.

3. Liz said she could give me the newspaper as she had finished with it.

4. The boy said he was afraid he had broken my vase.

5. Kate told her mother she would not be out for long.

6. They said they didn't understand why he had been late.

7. The woman said she was taking her four - year - old niece to see Paris.

8. Steve told me he had been working sixty hours a week for the past month.

9. He said it would be difficult to go back.

10. Alison told me she was having dinner.

11. John said he was sorry he hadn't phoned me before.

12. Barry told the doctor he felt ill as he had had an enormous meal.

13. She said she was right after all.

14. They told us they were leaving on January 7.

15. She asked me not to open the window.

Ответьте на вопросы : lena didn't want to get up ?

Ответьте на вопросы : lena didn't want to get up .

It was windy and cold outside .

Lena couldn't think about the party and the cake .

Lena and her mother decided to have lemon tea and sandwiches for breakfast .

Lena was happy to stay in bed.

1. The temperature has been maintained at the point of 20 degrees since the beginning of the experiment.

2. The new apparatus had already been installed when the delegation arrived.

3. He has been interested in history since his childhood.

4. The explanation of these strange facts hasn’t been received by the evening.

6. From his early childhood Pierre Curie had been fascinated by science.

7. Dinner will have been cooked by the time you return.

Did you have a music yesterday, haven"t you?

1 Yesterday she went to bed early 2 Ann lays the table in the morning. 3 Did you go shopping yesterday? 4 Will you help your grandma? 5 Mag did not play computer games. 6 There was a box on the table...

Do we go to the cinema?

I am working at this project now. Are you going to the supermarket right now?..

1. You should ask your parents' permission. 2. You should go with your friend. 3. You should be cautious of dark houses. 4. You shouldn't go into a house or a flat. 5. You should think about your safety...